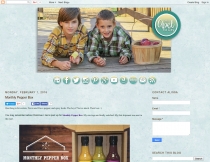 Do you have any Christmas presents left to get? I have an idea for adults. In cold places like where I live (Nebraska) a good ice scraper is hard to come by.Why not get something that someone can use for Christmas? It's the ideal gift! 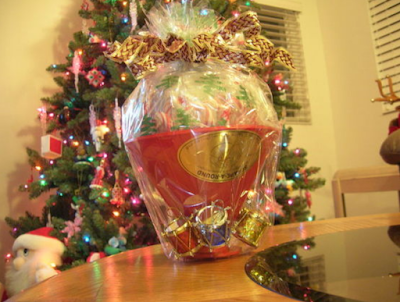 I'm happy I get to review 3 of the World's Best Ice Scraper! 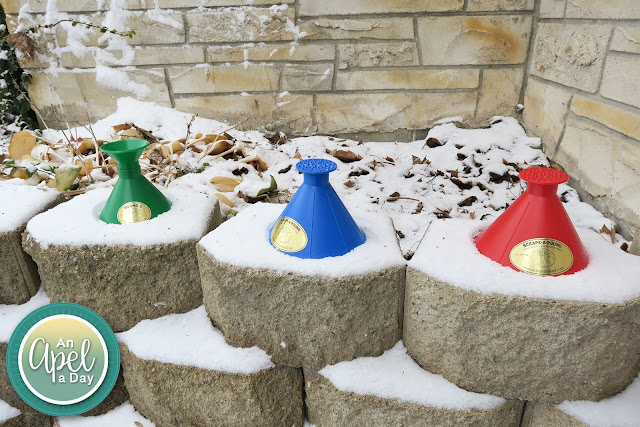 I really like the blue and red one best because they have the ice scraper part on the back. Here a good ice scraper is needed! 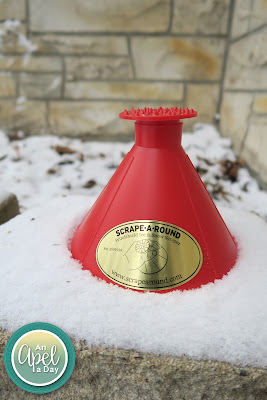 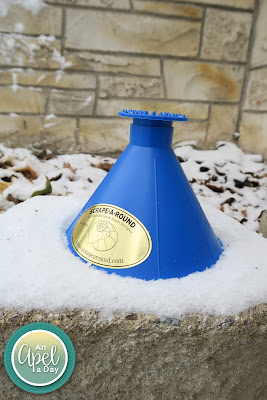 The green one is just for snow pretty much. If you take off the end it doubles as a funnel. My husband could have so used this! He just got back from Arizona to see his parents. He rented a car to go down there. Apparently they didn't fill it with coolant. He needed a funnel so bad. He ended up cutting his water bottle up with his pocket knife to use as a funnel. If he had a Scrape-A-Round he could have used it! 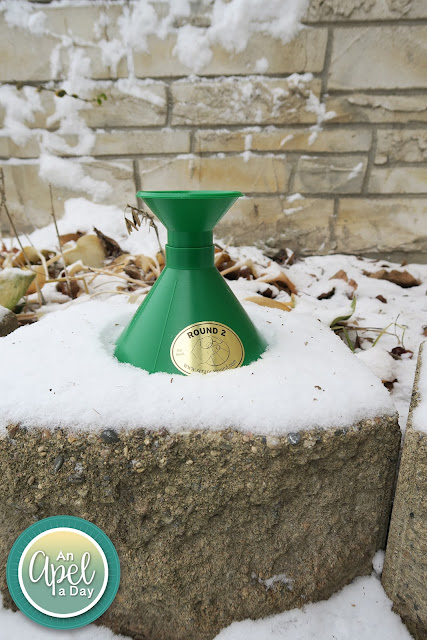 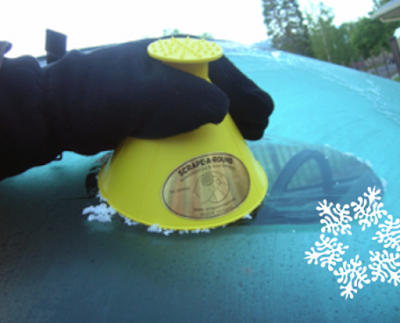 We Got a Major Ice Storm!  I had my first chance to use this on Friday. I literally rained ice. My works parking lot, and car were covered! I had not had a chance to play with the Scrape-A-Round just yet. When I went to use it I was annoyed. I was moving it in circles, and it wasn't doing a thing. It was cold, dark, and I was in a hurry to pick the kids up. I didn't try using the prong side that the red and blue Scrape-A-Rounds have.
The next day there was snow on top of ice. I got the Scrape-A-Round to work better. I discovered the prongs on the red and green ones that break up the ice. I was no master at it. I still kept trying to just rotate it in circles with limited success.
Later on when it was dark again I realized that I was using it wrong. Instead of just moving it in a circular motion I could angle it a bit to scrape better. Once the ice was broken up more I could start moving it in circles. It worked great! Of course it was dark, so I couldn't get a great video and pictures. It way out beats a typical plastic scraper at the store! I will still use the brush for powdery snow. I do like my metal scraper for ice, but will use the Scrape-A-Round as well. It covers a way bigger surface, and you can't jab your fingers.
Now of course there's no snow or ice to scrape to show you how Scrape-A-Round works. That's the hardest thing about reviewing something that's weather related. Daylight is limited this time of year as well. I will explain how it works in the video. Please don't judge my dirty car. Like I said we just got done with a ice/snow storm. It's covered in street salt and specks of dirt. 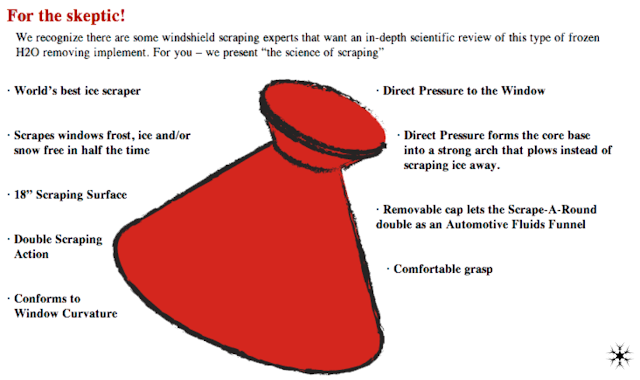 This scrapes windows frost and ice free in half the time! Makes the perfect gift for the Holidays! scrapearound.com 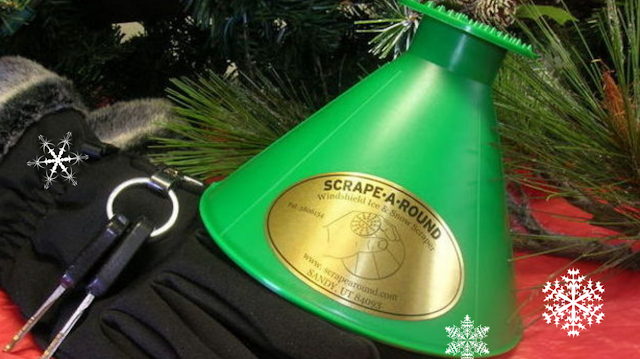 My readers get to save! Get FREE Shipping at scrapearound.com Use code: LU8FBEZREU2 at checkout. http://usfamilyguide.com/coupons.php?bid=13171&dealid=3099 Disclaimer: I will got 3 Scrape-A-Rounds Windshield Ice & Snow Scrapers to Review. I wrote this post, and was not influenced at all with an opinion. I only review things that I find interesting, or that would benefit my readers.

Leave a Comment
submit a review Join our blog team

Proud Member of The US Family Guide Network